Well I finished my first week of the trip. Turns out doing 200 to 300 miles in a day is a lot of miles. Some of that was just getting through areas I already know pretty well, so I probably won’t be burning through so many miles for most of the trip.

The cooling tower in Michigan City is a neat photo spot, right? 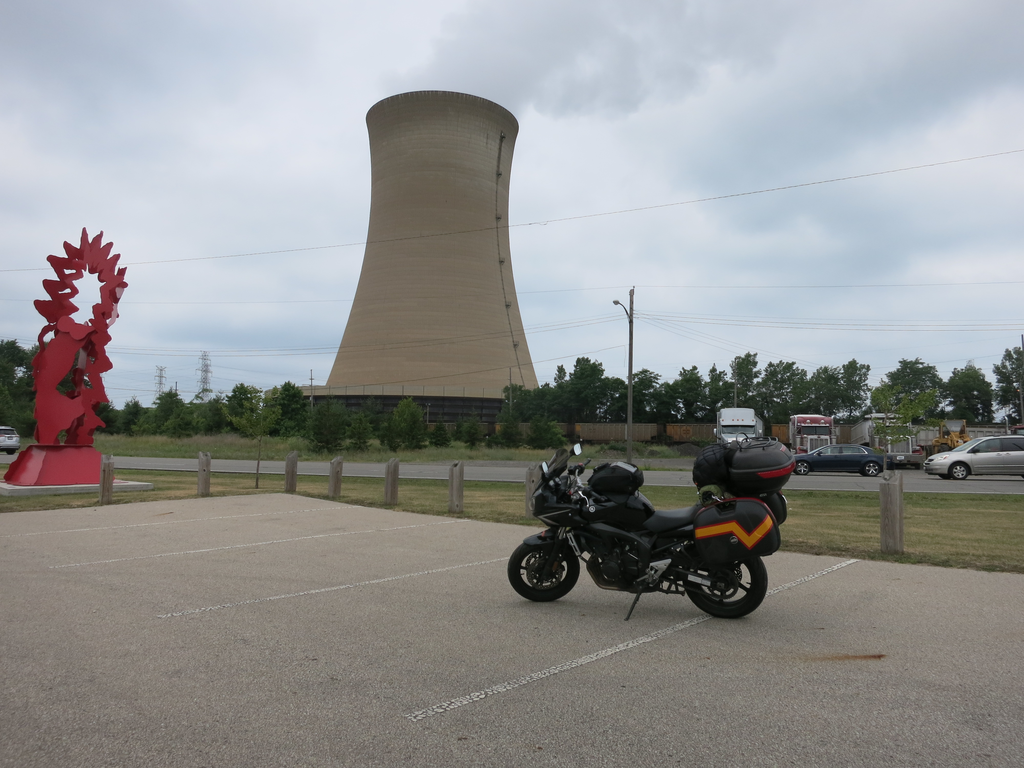 First stop was Holland, MI, to do the Fourth with my family. The beaches in Michigan are awesome. I took a photo of the bike in front of Big Red just outside the State Park. 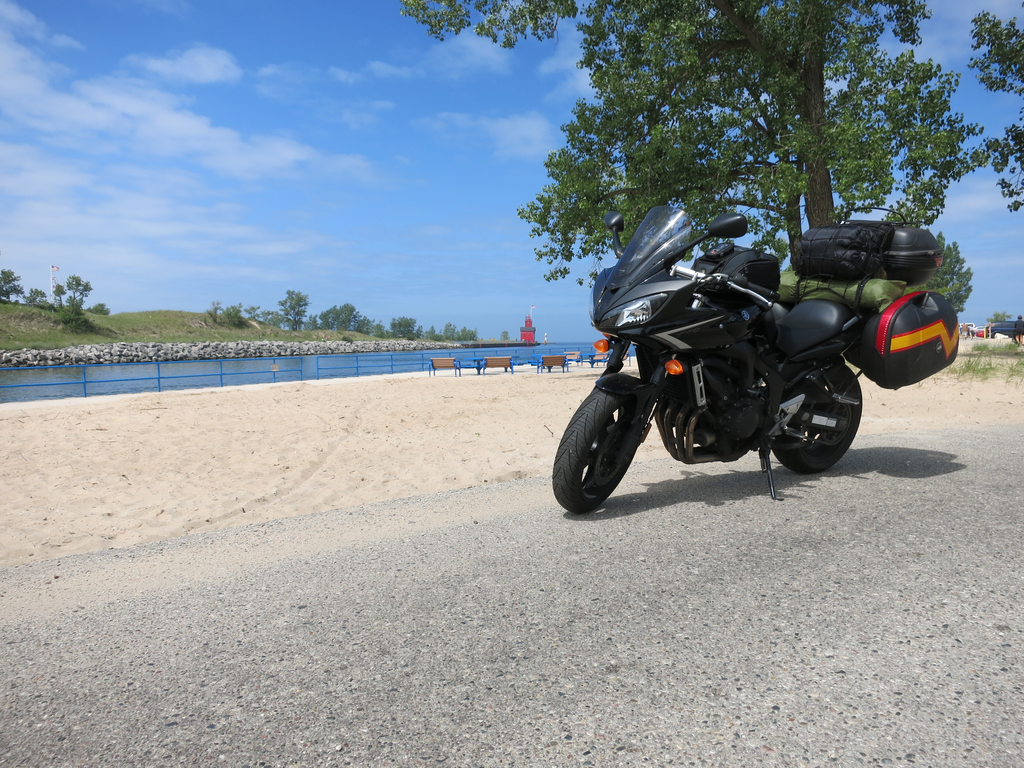 After getting into Ontario I cruised along the Detroit River and Lake Eerie as far as I could before heading up to Hamilton to stay with a friend. 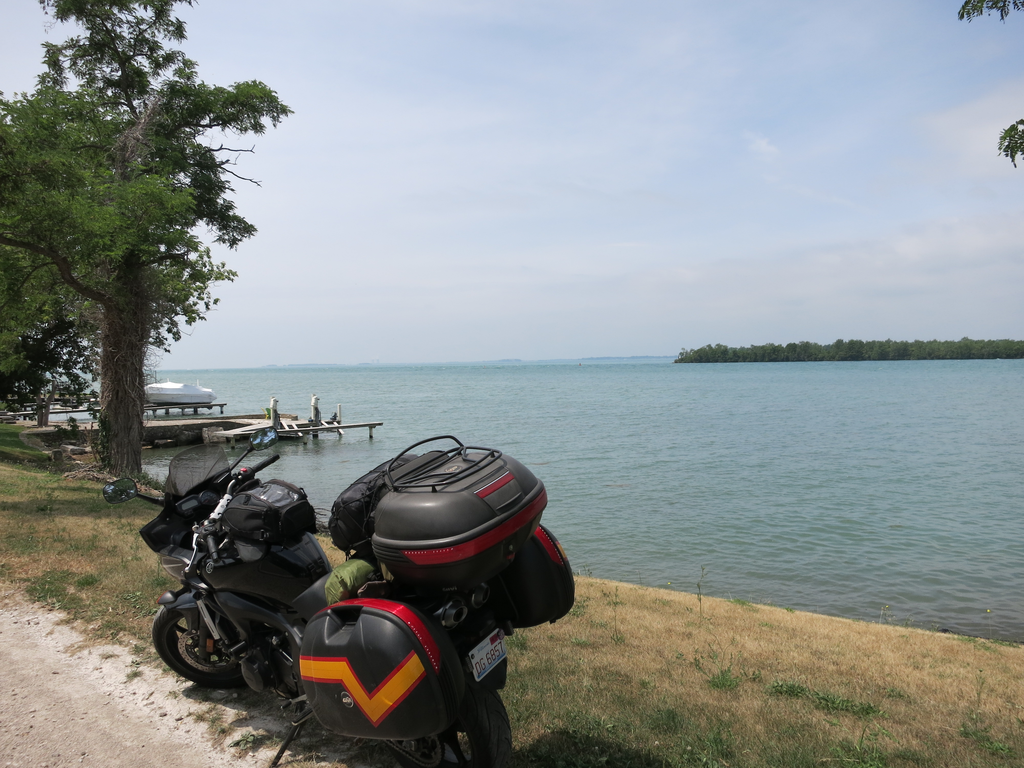 After spending the night in Hamilton I went down into Niagara Falls. I did a boat tour there and had lunch before heading back into New York State.

After Niagara I came back into the US. Here’s the bike in front of the Niagara River on the US side: 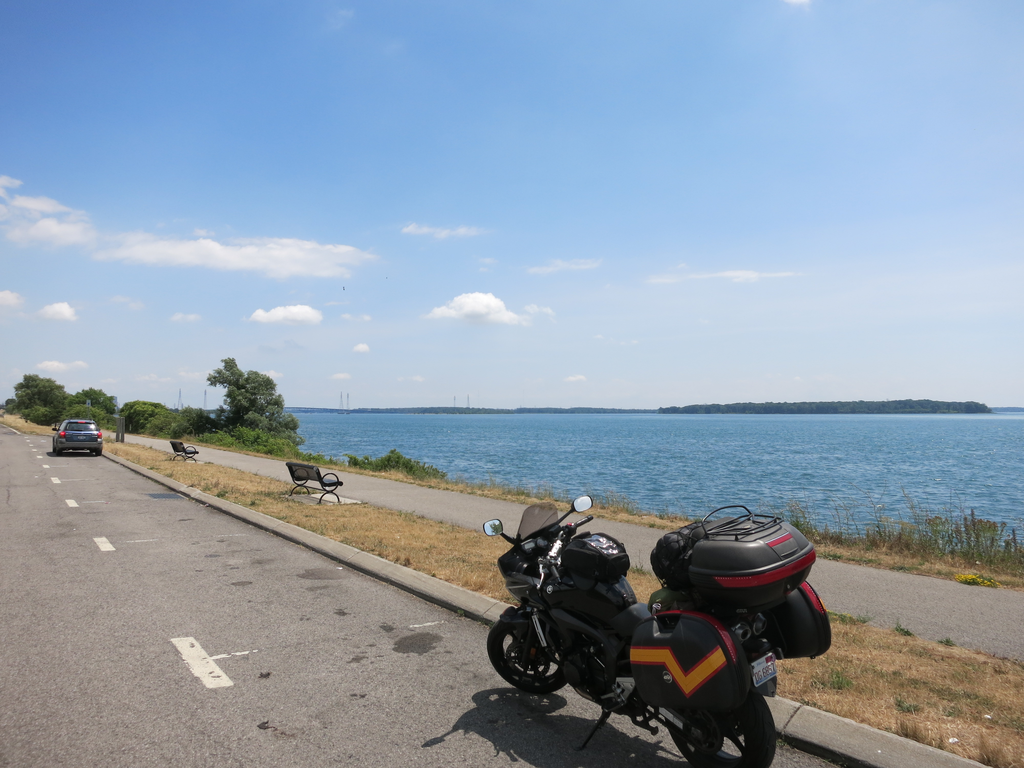 Niagara Falls and then going through the Finger Lakes made for a long ride. I went about 2 miles down a gravel road that I didn’t need to trying to find the Long Pond State Forest campsites. Was pretty happy to finally get to an open campsite and set up shop. Here’s camp smelly Johnny: 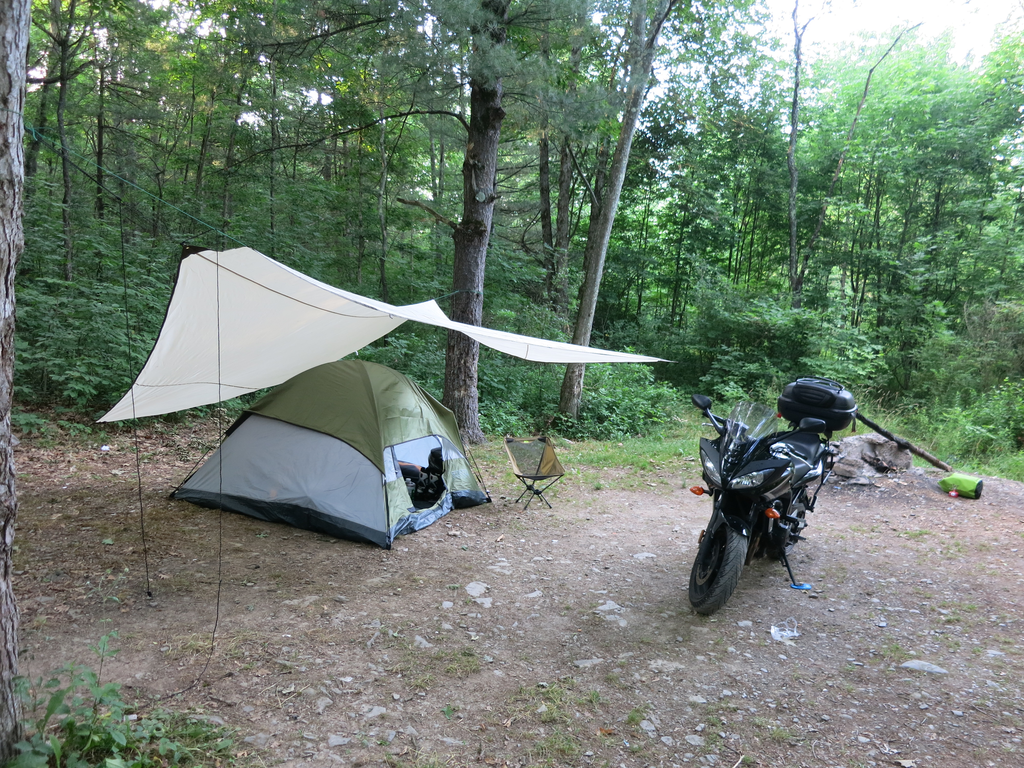 New York state was a pretty awesome ride, going through the Finger Lakes and the Catskills mountains. New York’s highways and state routes have a lot more curves and hills than Illinois’.

Spending the weekend in Connecticut with friends and family, and then next week it’s on to Washington, DC and North Carolina!